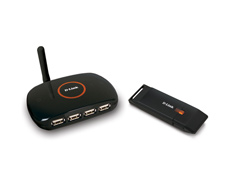 Oh heck yes! Security aside, I am all about wireless. Cable clutter makes me angry. So as the number of USB devices connected to my PC grows, the more Hulk-like I become. At last! Wireless USB FTW! Wireless USB technology enables networking of devices such as printers, scanners, game controllers, and digital cameras to their PC at speeds that exceed those of Bluetooth®. Connections up to 480mbits per second, to be exact.

I don’t care what anybody says about wireless products at home, I like them, and I openely embrace wireless USB..although I was a little saddened to see the MSRP.

XBOX gamers, Microsoft has a deal for you

Barry & Joe – Bromancing the multiverse to save us from ourselves