I was in an American Lit. class in Memorial Hall on main campus at the University of Delaware when the planes hit on the morning of September 11, 2001. And as the events began to unfold I was caught in a slow motion film walking to my car from that class to the parking garage watching students drop to their knees with gut wrenching sobs escaping their lips as they received news on their cell phones.

Another professor came into our class and whispered to our teacher. We were told something happened in New York and to pack up our things and head home. I was a commuter, I didn’t live on campus and heading home to me most likely meant I’d have to go into work early…at least that is what I thought at the time.

When I left Memorial Hall I was on the steps facing the green because I needed to head to Main Street, towards the Trabant Center and the parking garage where my car was. That is when I realized this wasn’t just an incident in New York which impacted our professor. Sirens and alarms were sounding. People were pouring our of classrooms everywhere and as panicked as it was my memory is in slow motion.

As I began walking towards the Trabant I remember seeing a lot of people on cellphones and each person who actually connected a signal and got through on a call was crying. Several people fell to their knees almost instantly. 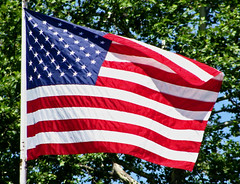 When I got to the Trabant Center people were swarming the television sets and I was one of them because I had no idea what was going on and I couldn’t reach my parents. My cell phone kept saying I didn’t have service.

As I watched the news unfold on TV about the planes hittings the twin towers and then pentagon in Washington, i couldn’t believe it. Seeing the visuals, seeing the faces of people, the stricken grief, the shear terror and disbelief those faces will never leave my brain, they are forever imprinted. And the people, the students and staff and faculty surrounding me who had loved ones in these areas and watched as this news was being aired live…their wails, their cries and their bodies just shuddering around me is something I can’t even begin to describe.

There are so many students and professors from all up and down the east coast who go to the University of Delaware. It was a terrible, tragic ordeal to be in New York that day but it was also terrible to be the people wataching and feeling helpless.

I finally found a pay phone and got in touch with my Mom before getting to my car. She told me my cousin was at the Pentagon that day. Contact with him hadn’t been made. We ended up not hearing from him for about 48 hours because they went into lockdown mode. It was nauseating. His wife was pregnant with their first son at the time. As it turned out he wasn’t in the building when it was hit and to this day I am sure he feels blessed to have been across the street when it happened.

That evening we lit candles and sat on our front step all night. We prayed, cried and hoped it would be the end.

Here we are 10 years later and it still isn’t over. Over 6,000 soldiers have died on tops of the men and women who died this day 10 years ago. Terror doesn’t have to come in planes hitting buildings or bombs on bridges. Terror comes from the realization that there are people out there who believe murder, mayhem and war can deliver peace.

Today I would like to say thank you to all of the men and women who continue to work towards bringing peace to our nation. My heart goes out to those who have lost their loved ones due to the war on terror. It is a travesty and I wish I had words to bring you comfort.

My hope is we are able to come together as a nation and make our country a peaceful place for our children so they can grow up strong, resilient, accepting of others, welcoming of change and willing to go out of their way to help others.

I would like to think my children will grow up to be compassionate and considerate men willing to open their minds and hearts to broader pictures for the good of human kind. After all the only thing which really separates us are miles, we all live under the same sky, in the same big world. We all share similar fears and anxieties and every single one of us has something we are internally battling.

You know the saying about walking a mile in his shoes or her shoes… not everyone is ever fortunate to have a pair of shoes. There is always someone out there who needs a helping hand. I want to be the type of person to lend that hand, so my children will grow up to be those type of people.

And at least in my household there will be more peace, less terror…more hope and less tragedy.

This blog, this is very much who I am and what I am all about.

If you want me to share the music, books, or films you’re working on please send an email. cmannering@scrink.com

Snippets From Books I Read

"I followed shortly after, but even a long, hot shower didn’t bring on the sleep I’d really hoped for. Quite simply, I had too much on my mind. So much that it raced from one problem to another, in a vicious cycle that had me tossing and turning in between small bouts of sleep with vivid, strange dreams. I awakened feeling more tired than I had when I’d gone to bed, and that was saying a lot given the day I’d had before."— Jana Deleon

cmannering
•
Follow
So very proud of #MyBestFinn for getting all A's and B's this marking period. Kicking off his 8th grade year like a boss! #HonorRoll
View on Instagram |
2/9

cmannering
•
Follow
Reposted from @saracasilda Hello everyone! I was looking forward to talking to you about this very special project for us, the authors, the publisher and the protagonists of this story. Ohh but this was something unexpected, also receiving the English copies of "Sophia's Secrets" with shirt and all! In another reel I will tell you about her.. It's the Dutch version of "Just one pebble" which is already on sale in Belgium, the English version will be out next year. It's the true story of Braeden Mannering. At 9 years old and with the help of his mother and classmates, he began to create an organization to help street people. "3B" includes water, food and warm clothing in his bags. And the story we've been working on tells a little about how and why he started doing this and it's wonderful... Braeden is one of those people who changes things... For me personally it has been a dream to illustrate him, to know him and what he is doing for many people leaves you speechless and I feel great admiration for it. This is the type of stories that inspire and that I love to work on. I hope you enjoy it! 💙🙏 ... #braesbrownbags #illustration #illustratie #childrensbooks #kinderboeken #kinder #kinderen #children #books #clavisbooks #art #kunst #street #help #boek #boeken
View on Instagram |
3/9

cmannering
•
Follow
When Brian and Amelia went to procure snacks they were given tickets that have upgraded us to @sixers Club Level, much nicer and far less scary! Amelia was having some fear of heights issues.
View on Instagram |
5/9

cmannering
•
Follow
Terrible traffic and parking aside... we finally made it to a 76ers game and I'm stoked! @sixers let's go!
View on Instagram |
6/9

cmannering
•
Follow
Reposted from @poetryofdhiman I hope you take this moment to remind yourself that you are worthy and you are loved, with or without someone else. I hope you treat yourself kindly and love for the rest of this journey. And no matter what you encounter along this path, I hope you trust that you are good enough, brave enough and strong enough to be all that you are meant to be. - Dhiman 🌻 Artwork by the brilliant @odwyer_sio9 🧡 #poetryofdhiman
View on Instagram |
7/9

cmannering
•
Follow
For those who need to hear this. You know who you are. Reposted from @thespiritualgrowth #quotes
View on Instagram |
8/9